Yesterday ( Sep 25, 2011) more than 600 years of history came to an end in Barcelona as the city hosted its last ever bullfight.  It delights me to know that after this, no Spanish fighting bull or "toro bravo" as the breed is known, will be killed in the name of sport, art or tradition again, at least in Barcelona.

The Catalonians are understandably proud to be the first region in Spain to ban bullfighting.   Supporters of the sport claim that they (Catalonia) did it just to have one more thing to differentiate them from the rest of Spain, but activists insisted that it was voted out because it was a barbaric sport and had no place in an enlightened society. 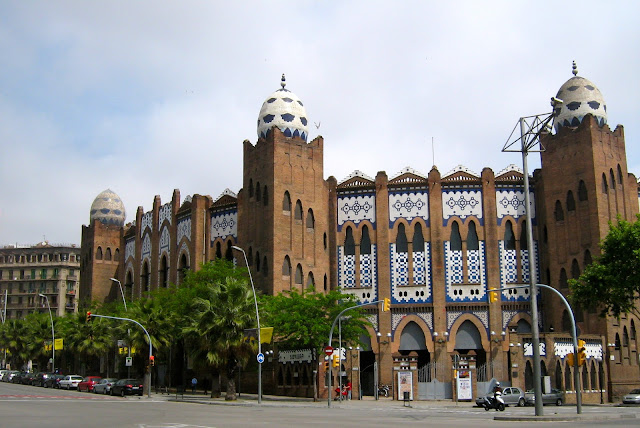 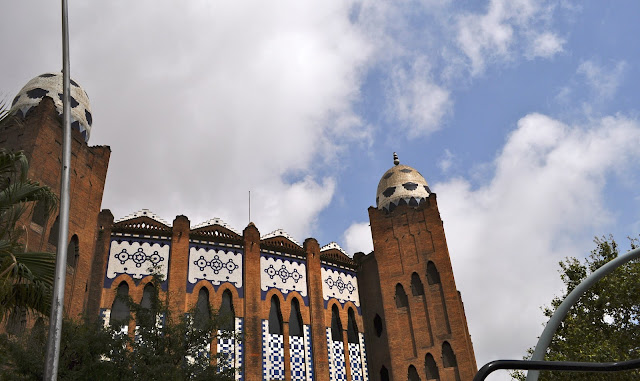 Above:  Barcelona's only remaining Bullfight arena, the Plaza de Toros Monumental. A very striking building made of bricks in the Mujedar (Moor) and Byzantine style.  The ban will only affect "bullfighting" and not other sports in which the bull is involved, like "correbou" where the public chase bulls through narrow streets, or "bouembolat" where festivities involve attaching mini fire torches to the bull's horns. 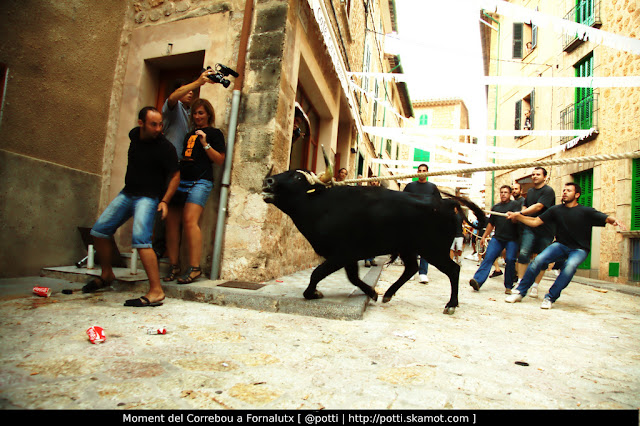 Correbou (not my own picture) 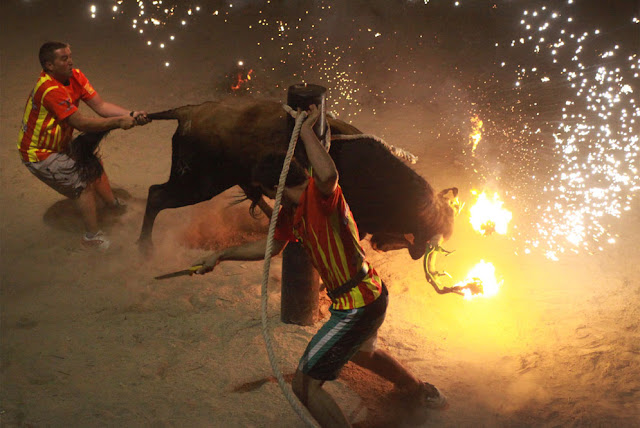 Bouembolat :  is a tradition that was first started in the Valencia region of Catalonia.  In days of old it was not uncommon for people to be fatally charged by bulls as they walked along poorly-lit streets.   To prevent accidents like that from happening, it was decided that bulls would be fitted with fire torches and that way, not only would they light up the streets but it would also warn people to their presence.  Nowadays the lights aren't necessary but the tradition continues. Photo courtesy: Josep Llouis Sellart 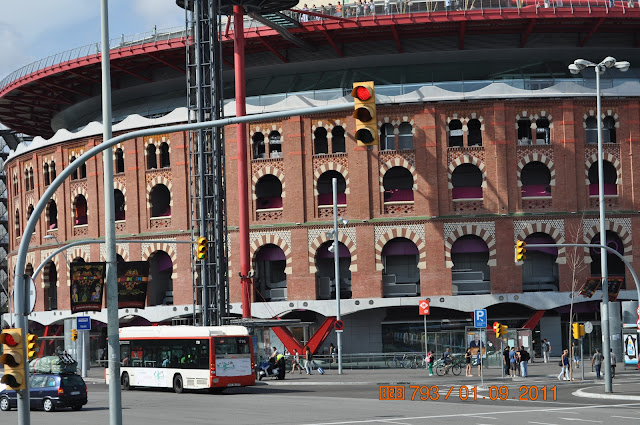 Arenas de Barcelona, with its beautiful neo-mujedar architecture, used to be a bullfighting arena but has now been converted into a shopping plaza which houses an excellent Desigual store.  For the uninitiated, Desigual is a Spanish clothing store, known for their colourful, ultra-urban fashion with  their headquarters and flagship store in Barcelona.  More on Desigual when I post about shopping in Barcelona. 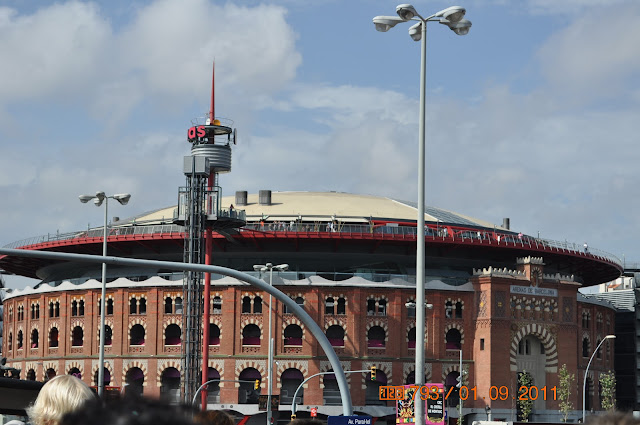 Wow...the last EVER bullfight in Barcelona! It's amazing this think this piece of Spanish heritage is now history, at least in Barcelona. Cool to know this -thanks for sharing. I watched a bullfight on tv in Toledo and struggled with the experience. I still don't like thinking about it. Another home run with the great pics and commentary, Angie!

Barcelona looks beautiful. Though as one for animal rights, I think bull races should end.

I did read the news about the ending of bullfights in Barcelona. Good that Catalona is showing the way. Its time to end all blood sports if you ask me.
As always fantastic photos to embellish your wonderfully informative blog Angie. Looking forward to more from you.

Hi Lotus! I had gone on a 5 month break too to China, hence the long silence. I just checked all your travel posts here and thoroughly loved it! I am glad you experienced a cultural, historical and culinary mix in these places. Waiting for your next book review as well :) And please let me know if you are here in Bangalore, this time we shall definitely meet!

Hey Tim and thank you! I've never watched a bullfight either on TV or for real, I'm much too chicken...but my bro-in-law went to one in Barcelona a few years ago and said, "never again"!!!

I'm so glad they're done with bullfighting in Catalonia. It wasn't even a profit-making venture for them - apparently more than half the seats in the arena always went empty and tourists were the main ticket buyers.

Hey Prixie! You'll never know how excited I am to see you here! How have you been my friend? Yes, I would have to say the Catalonians think very differently from the rest of Spain and they take great pride in doing so. Now let's hope the rest of Spain follows suit!

Leela, as always, thank you for your comment and lovely words. I'm quite enjoying planning these blog posts...I just wish I had a little more time...I'd be a lot more prolific then! :)

Birdy, I am OVERJOYED to see you!!! I had wondered where you had gone to! I hope you are planning to write about your adventures in China...I would love to read your impressions.....please,please do it! Will be in Bangalore next year around this time...we'll definitely meet up then!

Hi Lotus! Love your Spain pictures and your blog. G and I were in Europe this summer for our honeymoon, and I blogged the trip too - thought it would be a nice way to remember all the things we did a few years from now. Here's the link http://sruthiandgautam.blogspot.com/2011/06/day-1-stopover-in-london-and-barcelona.html to the first entry from our honeymoon blog if you're interested. We did a road trip from Barcelona to Rome. Hope you're doing great, and happy travels!:)

Hi Smoothie! Cannot tell you how pleased I am to see you here!!! Even though it's really late here and I should be in bed, I was overcome by curiosity to take a look at your honeymoon blog and I am so glad I did! It was so great to read your impressions of Barcelona and to know you and G loved the place as much as I did! I will leave you a comment on your blog tomorrow! Thanks for the heads-up S, you've done such a great job with the write-up and the photos...a real pleasure to read!

Haha thanks Lotus for the wonderful welcome! Will forward my China blogs to you via email :)