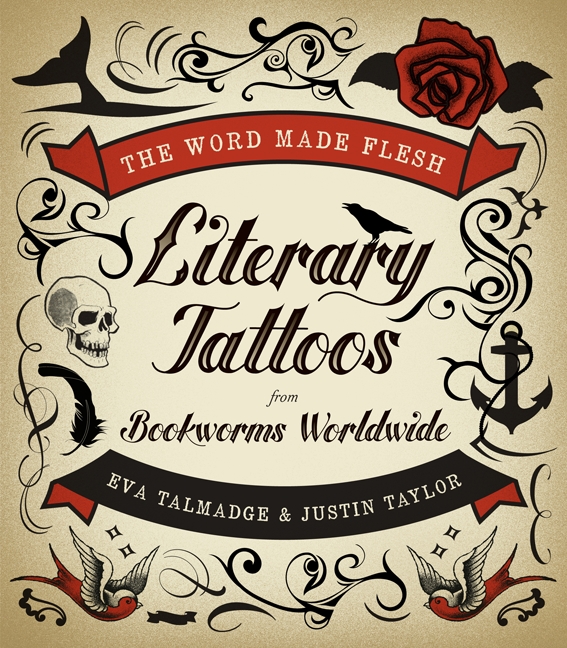 "It's not the word made flesh we want in writing, in fiction, and in poetry, but the flesh made word."
- William Gass, On Being Blue
What a great quote to use as an introduction to a book featuring atleast 100 images of tattoos inspired by works of literature.

According to a recent Pew Research Center survey, 36 percent of people in the United States between the ages eighteen and twenty-five, and 40 percent between the ages of twenty-six and forty, have at least one tattoo.  From what I see around me, they (tattoos) appear to be mainstream now and are as acceptable/common as pierced ears, in other words, tattoos have lost their "badass" image!

When people pick tattoos they generally try to pick something that is meaningful to them or something that celebrates a milestone in their lives. So is it then logical to suppose that a lover of literature would pick a word, quote or phrase from a favourite work of literature?  I think so and so did Eva Talmadge and Justin Taylor, for they set about trying to compile a catalog of bookish tattoos which then came to be known as "Literary Tattoos" from Bookworms Worldwide."   Bookworms Worldwide refers to the group of people who submitted tattoos - photos, testimonies and the stories behind their particular tattoos -  to the book.

In these pages you'll find favourite lines from novels, illustrations, portraits and passages of verse; you'll also find the inspirations behind the tattoos: favourite childhood books, commemorations of  triumphant (or tragic) moments in lives; affirmation of friendship; drunken whims; a phrase or an image that were just too cool not to keep forever and so on.

Here are some of my favourites: 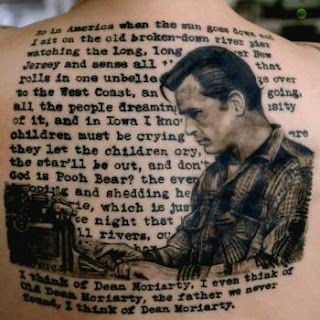 Tess Adamski : Toronto, Ontario
Kerouac at his typewriter with the closing lines of "On The Road" 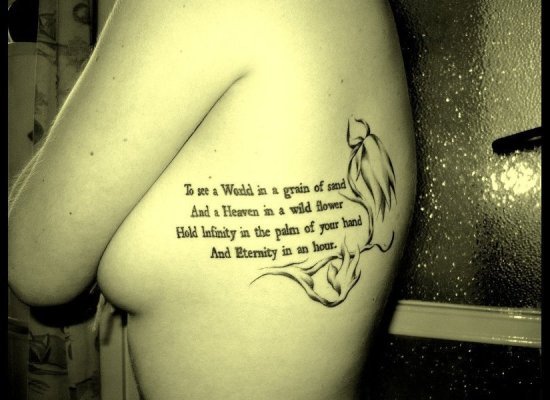 Stanza from "Auguries of Innocence" by William Blake 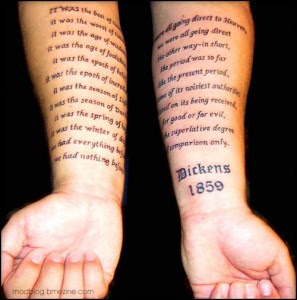 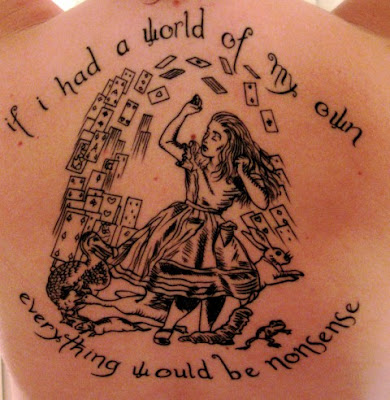 I guess all that remains is for me to ask:  if you planned to get a literary tattoo, what would yours say?
Posted by Lotus Reads at 4:20 p.m. 20 comments: