Genghis Khan and the Making of the Modern World, Mongol and "Idol Lover and other stories from Pakistan" 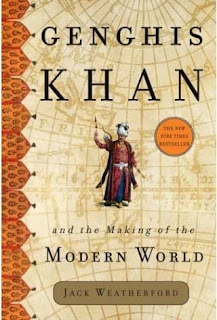 
Barbaric! savage! cruel! Those are the first, and probably only, adjectives that come to mind when I think of the Genghis Khan of my school history books.

Indeed, perhaps he was all of those, but for someone who had never been to school and belonged to an outcast family, to have conquered land twice that of Alexander the Great, he had to have had qualities of a leader, had to have been able to inspire loyalty, and here to make that case for him is a book and a movie - Jack Weatherford's revisionist history of Genghis Khan's empire titled 'Genghis Khan and the Making of the Modern World" and Sergei Bodrov's Oscar- nominated movie "Mongol" which will have its North American release on 06June. 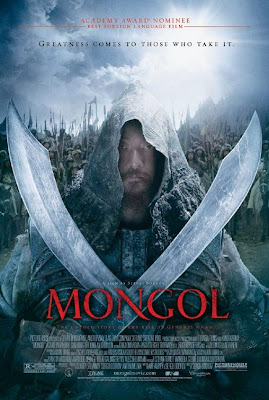 The movie essentially covers The Khan's formative years. These are important years because it can be argued that it was the adversities faced in his childhood (the killing of his father at enemy's hands when he was 9; having to live in dire poverty and as an outcast with his mother and siblings in an isolated part of the Steppes (because a widow with children was of no use to the clan); being forced into slavery etc. that made Genghis Khan the determined, fearless and resourceful warrior that be became.

The movie ends with The Khan having defeated all of the Mongolian tribes to become the Chief Warlord, but in some ways, Genghis Khan's story is only just beginning. To read about how this Mongol warlord and his family took over the world it is essential to pick up Jack Weatherford's beautifully written and immensely readable, "Genghis Khan and the Making of the Modern World" which shows Khan as a firm, cruel at times, but progressive ruler. He abolished the caste system that existed in the Mongolia of his childhood, the sale of women, torture and established free trade, international law. He also promoted literacy and championed social/religious tolerance (although the Mongols themselves were animists, many took Buddhist and Christian wives)

One of the most intriguing facts to have come out of Weatherford's book is that Genghis Khan was a spiritual man and never embarked on a conquest without first getting the blessings of the Lord of the Mountains. Genghis Khan dies in the first half of the book but Weatherford goes on to tell us how his descendants went on to conquer Russia, Iran, China and Europe. All in all, this is a rollicking good read. I have been so wrapped up in this genius of a book - waking up to it, going to bed with it - I will find it quite hard to replace Genghis Khan! 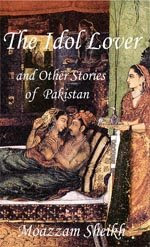 "The Idol Lover and Other Stories from Pakistan" by Moazzam Sheikh is a slim little book but let that not fool you for these original and fresh stories pack a punch! The book is divided into two parts, the first is group of stories set in the continent of Asia and the other takes you to San Francisco.

"Monsoon Rains", set in Pakistan was probably my most favorite story in the book - what is it about the monsoon that makes you realize your loneliness like no other season? Is it the incessant rain dropping like heavy tear drops against the window panes? Is it the smell of the earth - fragrant like a woman's perfume? Or is it just that it keeps people indoors and out of circulation? Whatever it may be, in "Monsoon Rains" the loneliness, the hopelessness that the protagonist feels is palpable, evoking a deep sympathy, tinged with repugnance for how he goes about trying to fill his empty days.

Another memorable story was "The Cow", set in the years of the British Raj in which Sheikh beautifully describes an unlikely friendship between two boys - one, the son of an Indian caretaker of a Bungalow (house) and the other, the son of the British government official that occupied it.

"Kissing the Holy Land" features in part two of the book and is the story of a young man from Pakistan on his first visit to the USA. The story is set in New York airport as the protagonist waits to transit to San Fransisco. Writing with poignancy and wit, Sheikh touches upon several tender and moving moments through the story making it one you want to go back and read again.

I am still reading the book hence an incomplete review. If you wish to read a longer review please go to the one at Desi Lit.

The Idol Lover is published by Ithurial's Spear and this is what the publishers say about the book:

THE IDOL LOVER AND OTHER STORIES OF PAKISTAN.
Short stories by Moazzam Sheikh. These sexually-charged tales unfold against a backdrop of colonization and ethnic tensions in Pakistan and the Middle East, and they also explore the immigrant's dilemma in the United States. Sheikh "maps the ways in which South Asian identities cohere and threaten to disintegrate at the contradictory intersections of memory, desire, connection, and exploitation... Sheikh's voice too, is unique, bringing to the English short story the flavor and verve of the Urdu/Hindi tradition"--A. Chakladar.

I mentioned having discovered other authors from Pakistan and they are:

A Case of Exploding Mangoes by Mohammed Hanif.

The Making Of Mr. Hai's Daughter : A Memoir by Yasmin Hai

I haven't read either one yet, but they are both on my "to be read quickly" list! 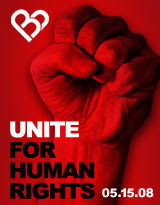 I do apologize for not having a "human rights" post to go along with this badge (I only heard of "Bloggers Unite: Blogging for Hope" this morning) but I wanted to help spread the word. I hope you will join the revolution!!!