Summer is Short, Read a Story!

HarperPerennial celebrates the short story this summer. Buy some. Read some. Talk some.

I’ve got a copy of Petina Gappah's "An Elegy for Easterly" to give away for the best comment. 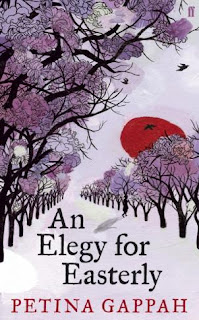 Petina Gappah is the voice of Zimbabwe. In this astonishingly powerful debut collection, she dissects with real poignancy the lives of people caught up in a situation over which they have no control, as they deal with spiralling inflation, power cuts and financial hardship - a way of life under Mugabe's regime - and cope with issues common to all people everywhere; failed promises, disappointments and unfulfilled dreams. Compelling, unflinching and tender, "An Elegy for Easterly" is a defining book, and a stunning portrait of a country in chaotic meltdown.

Have a happy summer everyone!

Now you can all listen to Petina Gappah's interview on NPR. It also features an excerpt from everyone's favorite story, "The Mupandawana Dancing Champion" so you can get a feel for her writing style.

Lorraine, please write me with your address, so I can mail you out a copy as soon as I can, thank you!

Gringo: Coming of Age in Latin America by Chesa Boudin 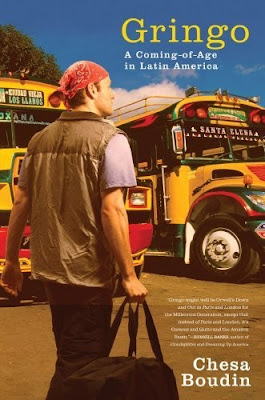 
I remember myself at 18...all I wanted to do was to explore the world and then to write of my discoveries, but back then, growing up in India, it really wasn't the thing to do, instead, it was the time to focus on finishing university and to concentrate getting a well-paying job. How different things were for American student Chesa Boudin. When he turned 18 in 1999 he enrolled in a Spanish immersion class in rural Guatemala...not finished with his South American experiment he applied for a Rotary International Ambassadorial S'ship which sent him to Chile in 2001. From there he traveled to Argentina at the height of their financial meltdown; to Venezuela where he worked in the Presidential Palace; to the jungles of Colombia on a human rights mission, and the mines of Bolivia. He also traveled steerage on a riverboat along the length of the Amazon. This voyage is documented in his fine book Gringo: A Coming-of-Age in Latin America.

Before I go further you should know that this young man is the child of former members of the radical political group Weather Underground, Kathy Boudin and David Gilbert, so it is not unusual to see him detailing leftist political shifts in Latin America as they happened in the '90's...but always running parallel to this political commentary is Boudin's own personal journey as he comes of age in Latin America.

Perhaps one of the most profound accounts in the book comes from his time in Bolivia when he visits a mine worked by Bolivians desperate for the scraps that the Spanish conquistadores left behind:

These miners, and how many thousands more like them, were working under conditions that couldn't have improved much since the Spanish colonial era. There were no bathrooms, no drinking water, no food. And at the shaft opening where they dumped tons of mineral slag every day for sorting, I had seen plenty of young boys hard at work-- age is difficult to estimate when in a different country but they were prepubescent, of that I was sure. My own physical discomfort began to seem paltry in comparison with their daily trauma. I was appalled. Sitting in the mine shaft that day I couldn't understand how anyone could subject themselves, much less their young sons to this suicidal work. And for what? A starvation wage? The dream of finding a few ounces of silver the Spanish left behind? I began to regret going to the mines at all. Maybe my being there only added to the workers' humiliation. They had generously invited me into their hellish world, deep inside the earth. All I could offer them in exchange was a cheap present of a few sticks of dynamite.

I also enjoyed his keen political insights into Venenzuela and the era of Chavez. While one gets the impression that Boudain approves of Chavez overall, he has some criticisms as well. As he said in an interview:

I have criticisms of the Chavez government that the Chavistas don’t welcome. There is a lot of corruption in Venezuela and a lot of crime in the streets. The government has not made genuine progress in those two areas, and recently Chavez devoted a lot of time and energy to reforming the Constitution so he could stay in office longer, legally. I thought they should have spent more time developing new leadership.

Why should you read this book? After a decade of dictatorships in the '80's, Latin America is now experimenting with democracy... people at the grassroots level are learning to participate in the political process and bringing to power, in a big way, socialist leaders who have promised to make life better for its downtrodden citizens and to a large extent they have kept their word. Democracy is being reinvented in Bolivia, Venezuela and elsewhere. Ecuador isn’t as far along in its own process but it’s coming along. All over the continent there is more grass roots participation in political movements than there has been for a very long time. What better time then to read about and be aware of the countries that makeup the continent to the south of us?

Boudin has attempted a very earnest and readable book on his time in South America...it is a travelogue but reads more like socio-political commentary. Either way, it's a very enjoyable read and recommend to any and all with an interest in South America.

The Vagrants by Yiyun Li 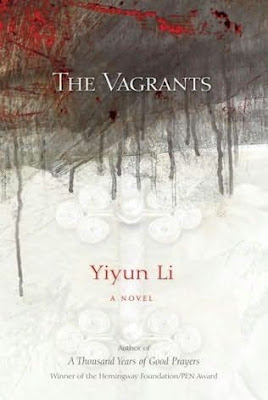 Contemporary literature by Chinese writers and others is filled to overflowing with wonderful works set in the time period of the Cultural Revolution and then, the more recent Tiananmen Square era of Chinese history, however, it is the period between these two mammoth events which marks the setting for Yiyun Li's stunning debut novel "The Vagrants".

It is somewhere in the late 1970's, actually March 21, 1979 to be precise, and an announcement has been made in a poor town of China called "Muddy River" that a young woman, called Gu Shan has renounced her Communist/Red Guard ties and will be executed for her dissent. On the day of her execution Gu Shan is presented onstage, her neck bloody where her vocal cords had been cut (to prevent her from shouting out counter revolutionary slogans) before being hauled off to her death.

The novel then proceeds to follow the lives of some of the citizens of Muddy River who attend the denunciation ceremony and as we read on we see the effect that this execution has on the community as a whole.

"The Vagrants" was inspired by the real case of a condemned woman whose kidneys were removed before (to be donated to a highly placed party official), and body mutilated after, her execution. Although this central event around which the book revolves is in itself is so shocking and riveting, it is the complexity and the depth of Yiyun Li's characters that make this book so interesting. For instance, there's 19-year old Bashi, a young, sexually curious "good-for-nothing", kind of person. Some critics have unfairly referred to him as a pedophile, but I think he was more of a simpleton longing to love and be loved...I think he just felt more comfortable around younger people because they were kinder to him. Then there's 12-year old Nini, deformed at birth on account of a kicking her pregnant mother received at the hands of the condemned Shan Gu. The incongruous love story between Nini and Bashi is probably the sweetest, most tender portion in the book.

We are also introduced to the Huas, former beggars, now trash collectors who in their younger years sometimes salvaged and raise abandoned babies,only to be forced, ultimately, to give up all of their adoptive daughters. It took me a while to figure out that they were the "Vagrants" of the story. There is also Kai, an anchorwoman of the propaganda department's daily loudspeaker broadcasts – but who puts her privileged life at risk by being one of the leaders of the protest after Shan Gu's (who was her former classmate) execution. The smaller characters are no less interesting...a child who betrays his father; another who kicks dogs; a man who desecrates corpses and so on.

Like Gu Shan, Kai's character was also based on a real-life character, who led a protest for the executed woman and who was then executed herself.

So what did I think of the novel? I think Yiyun Li does a splendid job of painting for the reader life in post-Mao China. We are buoyed by the stirrings of a democratic revival, but alas, it is short-lived and the people soon go back to their depraved, tormented lives. I guess, what I kept looking for, but never really found, was a few moments of happiness in all that grimness, a glimmer of hope in that tremendous bleakness. Just when I thought the lives of some of the characters were about to improve, things suddenly get worse for them. It is a very grim novel....lots of misery, sadness, cruelty and depravity and offers little in the way of optimism about Chinese society. Still, let that not keep you from reading this book...perhaps as we read about what it felt like to live in such a totalitarian society we will find gratitude in our hearts for the lives we lead currently.

About the Author: Yiyun Li grew up in Beijing and came to the United States in 1996. Her stories and essays have been published in The New Yorker, Best American Short Stories, O Henry Prize Stories, and elsewhere. Her debut collection, A Thousand Years of Good Prayers, won the Frank O'Connor International Short Story Award, PEN/Hemingway Award, Guardian First Book Award, and California Book Award for first fiction. The Vagrants is her debut novel.
Posted by Lotus Reads at 7:56 p.m. 14 comments: